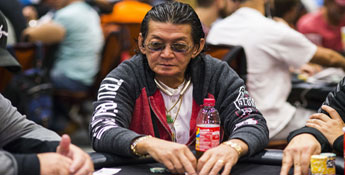 Scotty Nguyen Net Worth: Gambling is a volatile pastime. No matter how good you are, you’re going to experience both wins and losses.

Few people know this better than Scotty Nguyen. The unofficial “Prince of Poker,” Nguyen has had a long and illustrious professional gambling career that has seen him rise to meteoric heights and fall to unimaginable lows.

Luckily, he hasn’t let the bad times get him down; he keeps playing and always ends up back in the green.

Thanks to this perseverance (and some incredible card-playing skills), Scotty has become one of the most successful and well-known poker players in the field today. Let’s take a look at Scotty Nguyen’s net worth today, and his journey to get there.

Life didn’t start easy for Scotty Nguyen. Born on October 28, 1962, in Nha Trang, Vietnam, he entered the world right in the middle of the Vietnam War. His mother sent him out of the country as a young teenager – first to Taiwan and then to the US – to keep him safe from the conflict. 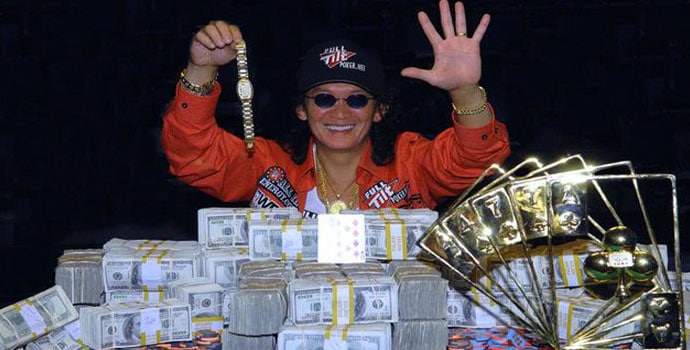 While Scotty has never stated at exactly what age he became interested in playing poker, he does credit his mother with instilling a love of card-playing in him from an early age. His first official “involvement” with gambling came when he was expelled from school in Orange County, California, at the tender age of 14 for his involvement in underground poker games.

He eventually gave up on school and moved to Las Vegas to pursue his dream of gambling. There, he worked menial jobs and continue to hone his card skills. He worked at Harrah’s Casino and enrolled in dealer school, graduating at the age of 21.

He then began dealing cards at Harrah’s by day and gambling most nights. He often lost his entire earnings in those early years and had to start over from scratch.

Scotty steadily built his skills, as well as his poker connections, over the next several years. He got his first big break in 1985 when he was invited to work at a No-Limit Hold ’em event at Lake Tahoe. He worked hard each day and gambled hard each night, ending the event $7,000 in the green. 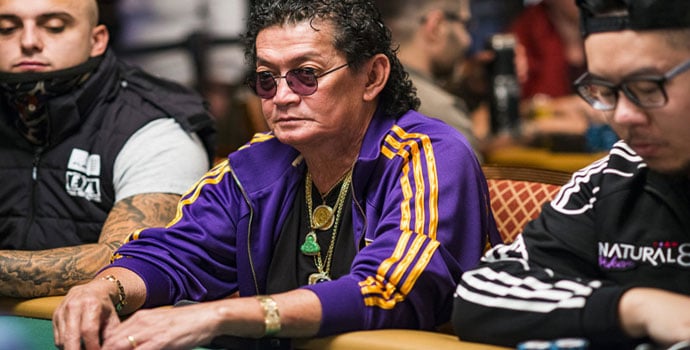 He spent the early ‘90s entering a variety of low-stakes tournaments and steadily building his proficiency at a range of poker games. Whereas many professional poker players concentrate on a single game, Scotty worked his magic at different types of Hold ’em, Omaha, and Seven Card Stud, to name a few.

By 1995, he felt ready to enter a high-stakes event. He participated in that year’s World Series of Poker (WSOP) event and placed 13th. Upon his return to Las Vegas, his winning streak continued, and he soon reached a net worth of $1 million.

At some point around this time, he became heavily involved in drugs and alcohol, which caused him to lose everything. He had to go back to dealing cards several times over the years to cover his gambling losses, but he never gave up hope.

In 1998, after going broke several times, he won the first of his five WSOP championships, but he didn’t achieve this alone. He was too poor at the time to afford the buy-in, so Scotty had to rely on the financial support of fellow poker aficionado Mike Matusow. Matusow offered to bankroll one-third of his buy-in amount.

This gamble paid off for both of them, as Scotty won and repaid Matusow $333,333; one-third of his $1 million prize money. 2006 saw his first World Poker Tour (WPT) win at the 4th Season Gold Strike tournament. He finished 2nd in 2007 at the WSOP Main Event.

One of his lower points came at the Chip Reese Memorial $50,000 Event in 2008. While he ended up winning the event, he demonstrated extremely poor sportsmanship throughout the game and lost the respect of many of his fans, due to his rude behavior. He initially tried to blame the stress of the game and the actions of the other players on his attitude. Still, he eventually issued a formal apology and has since kept his behavior under control.

Additionally, he is counted among only six people in the world to have won both the main event of the WSOP and WPT titles. Scotty currently ranks 42nd among the All-Time Money List of poker players, with total live tournament earnings of $12.6 million.

Scotty Nguyen Achievements at a Glance

In addition to his prolific gambling winnings, Scotty has dabbled in a few other forms of income over the years to supplement his net worth. As mentioned above, he returned to dealing cards several times in the early days of his career to recoup what he lost while making overly-confident bets at the poker tables.

In 1999, he made an appearance in the poker movie The Big Blind. In 2004, he appeared on the Conan O’Brien Show. In 2006, he teamed up with Daniel Negreanu and Phil Hellmuth to shoot a Diet Pepsi commercial. In 2012, he published a poker strategy book titled, “That’s Poker Baby!”

In addition, he has worked with World Poker Tour, World Series of Poker, and World Poker Tour Boot Camp, and Activision over the years, as well as with several regional casinos to promote their offerings. He’s currently registered with Athlete Promotions as an available speaker.

All these activities and endorsements have augmented Scotty Nguyen’s net worth which is approximately $12 million. His total live earnings now stand at $12,596,067, according to the Hendon Mob.

Scotty Nguyen’s personal life has been just a volatile as his winning and losing streaks. After escaping war in Vietnam as a teenager, he struggled to find a place where he fit in. The first city in the US that he tried living in – Chicago – turned out to be too cold for him. So, he moved to California. There, he wasn’t very interested in school and frequently butted heads with teachers and administrators, until he was finally expelled.

Scotty found his life’s passion through poker, but poker also unleashed his personal demons. As often happens to people who engage in high-risk activities, he developed addictions to marijuana, cocaine, and alcohol. He also admits that he suffered from an over-abundance of confidence as a young man. This confidence caused him to take wild risks and lose everything several times over.

These addictions contributed to several of his most painful and famous losses at the card tables. Only once he got his addictions under control, was he able to regain his status and earnings and keep a better handle on his personal finances. This was the point that Scotty Nguyen’s net worth started to recover.

Scotty has also experienced personal tragedy. The day after winning the 1998 WSOP championship, one of his brothers was hit and killed by a car in Vietnam. For this reason, Scotty never wears that particular championship bracelet. These days, Scotty is married with three children and lives at Cesar’s Palace in Las Vegas.

Conclusion: This Poker Royalty Knows that Perseverance is the Key to Success

Poker has been the main constant in Scotty Nguyen’s life. He understands that it can be a fickle mistress, but it also got him where he is today, living in Cesar’s Palace with his family and playing the game he loves for a career.

While his choices have improved over the years and he’s learned to control the urge to take wild risks, he has never tired of the game. In his own words, “I’d like to be remembered as the most badass poker player.” Don’t worry, Scotty, you’ll always be “The Prince” to us.